While the recent “storm of the century”, as proclaimed by many meteorologists, didn’t deliver as much snow as originally thought, it did provide Squaw Valley-Alpine Meadows with nearly 20 inches of snow and the ability to open more terrain at both mountains today.

The storm did not deliver as much snow as anticipated, but it did create power problems for many in our area. As a result homes, businesses on the North Shore of Lake Tahoe, and other resorts around the lake, including Heavenly, lost power over the course of the last few days. 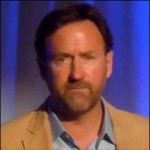 Having not experienced the same power problems as others in our region, it was with great anticipation that we opened our mountains today under blue skies and with great snow conditions. Unfortunately, late this morning, our utility company, Liberty Energy, had difficulty providing energy to us. Consequently, our chairlift systems were without power for parts of the day. This was an unfortunate situation that was unforeseeable and outside of our ability to control.

Fortunately, our mountain operations teams immediately went into action and ran many of our lifts on auxiliary power. While we did everything we could to continue to operate the mountains and provide for skiing and riding throughout the afternoon while Liberty Energy worked to restore our power, we acknowledge the inconvenience that this power outage caused our guests. At Alpine Meadows power was restored approximately one hour after the initial Liberty Energy caused power outage and then a bit over four hours later at Squaw Valley. Again, most lifts were kept running throughout that time frame at both mountains. Once power was fully restored, we extended operations at both mountains – running our lifts as late as possible, which at this time of year means until 4:30pm.

I have received multiple assurances, personally, from officials at Liberty Energy that as power has been restored, we should absolutely plan on normal operations (Sunday) and in the future. I’ve also received assurances from those same representatives from Liberty Energy that they are doing everything in their power to ensure that this circumstance does not happen again. We do appreciate the hard work they did today to restore power to our mountains.

To those who were inconvenienced by this circumstance, we genuinely regret the fact that your day was adversely impacted. Our guest service team stands by to further assist should you have any questions about your experience today.

Importantly, we look forward to normal operations tomorrow, which will likely feature even more terrain and lifts. It’s likely to be a spectacular day and we look forward to welcoming you as well as the next weather system, which looks quite promising early next week.

See you on the mountain.