Despite a multi-year drought, the amount of groundwater in the basin is still more than what is extracted every year — at least for now.

But overdrafting – the name for when more groundwater is used compared to what is replenished – is a problem in the Central Valley. When overdrafting occurs the groundwater level as measured by a monitoring well would get lower and farther from the ground surface.

California, until this year, did not regulate groundwater. Now a regional approach is being taken to better manage use, understand how much is being used as well as know the quality of that water. And if the regions don’t create a plan, the state will come in and do so.

“California was the Wild West of groundwater rules, where most other Western states manage groundwater on a state or regional basis,” explained Richard Solbrig, general manager of South Tahoe Public Utility District.

The entity with the longest straw was able to tap the groundwater, is how Solbrig described groundwater rules until this year. 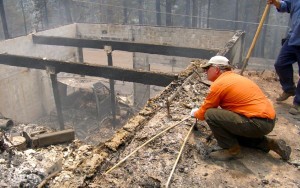 The district was ahead of the state’s mandate and for the last year had been convening a stakeholders advisory group to come up with a plan. South Tahoe PUD’s board on Dec. 4 approved the Groundwater Basin Management Strategy Plan.

The district at the start of this century created a Groundwater Management Plan in the wake of the gasoline additive MTBE contaminating its wells. In many ways, the new plan is an extension, revision and update of the 14-year-old document.

“(The goal was to) formulate a plan and a path forward in appropriately managing groundwater, including land use elements, monitoring, legacy contaminants such as PCE and MTBE, and pursuit of grant funding from Proposition 1 just passed, among other items,” Solbrig told Lake Tahoe News. 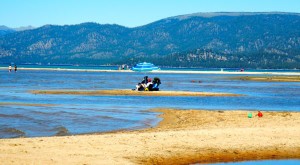 The state is requiring a groundwater sustainability agency be created within two years. Having a plan is the first step to forming the agency.

The state is ranking regions on a low, medium and high priority for dealing with groundwater issues. The South Shore is rated medium because of ongoing contamination issues related to gas stations and dry cleaners.

The local group is hoping to receive Proposition 1 – the state water bond passed in November – money to deal with some of the issues as well as to help form the agency.

STPUD, Lukins and Tahoe Keys all use well water. The U.S. Forest Service has a well to service the Valhalla-Tallac area. Lakeside Water Company, near the state line, uses water directly from the lake. It has one well for emergency purposes.

Most water company wells are 300 to 500 feet deep. With the drought, the wells closer to the lake are seeing a change of water depth of about 5 feet and the wells farther way, say in Christmas Valley, have about a 10-foot difference. That, according to Solbrig, does not affect production.

The plan is considering private and public wells.

There is a direct correlation in well level fluctuation with the level of Lake Tahoe. 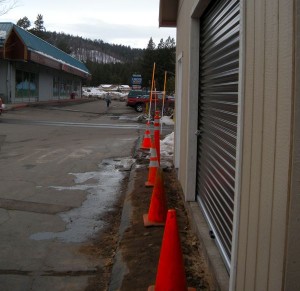 STPUD will be the lead on the groundwater plan for the South Shore, in large part because it is the largest groundwater user in the basin. The group will meet once a year or more often if needed.

Various components are included in the plan, like paying attention to where any new wells would be drilled. The goal is to not influence the water table so it would have a negative environment impact by altering stream environmental zones or vegetation.

“One thing we will do is collect production data, and file regional based reports and estimates of the recharge,” Solbrig said.

Precipitation will be monitored and it will be compared to usage.

That type of data has long been required of surface water users. It’s a first for those tapping the groundwater.

It is better if moisture comes in the form of snow – even locally. Rain just means it all rushes to the lake faster. Snowpack means it gradually seeps back into the water table. Plus, then the water is distributed more uniformly underground and there won’t be dry pockets in outlying areas.

South Tahoe PUD supplies Heavenly Mountain Resort with water for snowmaking. Solbrig said about 85 percent of what is used returns to groundwater. The other 15 percent is lost in the process and to evaporation.

This compares to irrigation that is mostly consumed by the vegetation the water is being applied to.

“Why we do the turf buyback is because a majority of water property owners put on is gone. It goes into the grass or evaporates off into the environment,” Solbrig said.