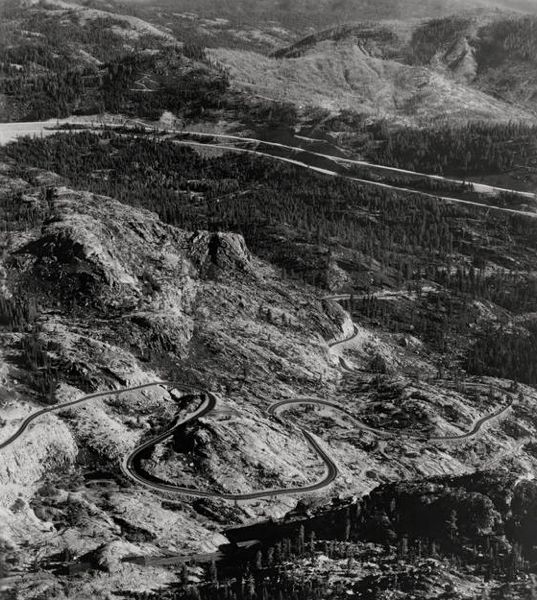 This single photograph from 1964 depicts the then and the now of highway travel over Donner Summit.

The twisting two-lane road seen on the lower half of the photo is historic “U.S. Route 40,” also known as part of the Lincoln Highway. Crossing Donner Summit, it passes Donner Ski Ranch, Sugar Bowl, Donner Lake, and continues eastward through Truckee then on to Reno. It also has one of the most-photographed bridges in the country, the Rainbow Bridge, the design of which includes a curve and a grade.

Highway 40 was the only access north of Tahoe to reach the Squaw Valley Winter Olympics of 1960.

In 1964, the modern Interstate 80 divided freeway opened. I-80 appears as the parallel white streaks across the top half of the photo.

Previous post : Jones: ‘I am the most qualified person for the position’ Next_post : All women ski movie coming to Tahoe