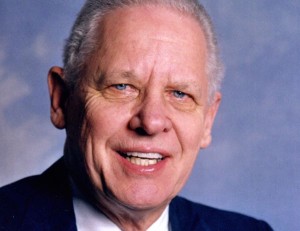 He was born in Seattle on Oct. 7, 1937, weighing only 2.2 pounds. As a young boy the family moved to San Diego. That is where his love of surfing developed. He proclaimed himself to be a “beach rat”.

Mr. Kerr would also call himself “Dan the Mountain Man”. In his younger days he was an avid hiker.

Mr. Kerr moved to the South Shore in the late 1970s to take care of his mother after his father passed away. They lived on the top of Kingsbury Grade.

For six years Mr. Kerr was in the Marine Corps, which included serving in Vietnam. He was honorably discharged in 1967 with the rank of sergeant.

Mr. Kerr was a teacher and administrator in California and Colorado before moving to Stateline. He put his experience to use as a substitute teacher in Douglas County School District.

Marilyn Richardson with DCSD said, “He was a very sweet man.” With his K-12 substitute license, he could be called on to work at any grade level for any subject. Mostly he preferred to work at the lake schools. He was part of DCSD from 1988-2013.

“He loved what he did. He did amazing things for the hospital,” said Judy Cefalu, who worked with Mr. Kerr on the Auxiliary.

Mr. Kerr was instrumental in bringing more workers into The Attic thrift store and changing how things were run there.

Giving blood and coordinating blood drives was another passion of his. Locally, he donated more than 200 pints of blood. The only reason he stopped giving was because of his age.

He served on the Sacramento Blood Source Blood Drive since 1979 and chaired the South Lake Tahoe Community Blood Drive for 35 years.

Mr. Kerr also volunteered for the Sacramento Valley Area Council of Hospital Volunteers for many years as a board member and president.

He joined Sons in Retirement Inc. in 2012 and was “little sir” for the branch.

Mr. Kerr was a devoted Catholic, giving countless hours to Our Lady of Tahoe Church in Zephyr Cove. He never missed Mass.

Services will be July 24 at 11am at Our Lady of Tahoe on Elks Point Road in Zephyr Cove. Following the service will be a reception in the adjoining Father Bain Hall. Burial will be at 1:30pm at Happy Homestead Cemetery in South Lake Tahoe.