Eneliko “Sean” Smith, who ran The Block hotel in South Lake Tahoe into the ground and required the court to mandate he pay the city back taxes, is now the owner of Sugar Loaf Resort in Michigan.

Smith and his partners bought the 560 acres for an undisclosed sum. Their plans are to transform the resort into a  snowboarding Mecca titled The RoK at Sugar Loaf for the 2014-15 season. 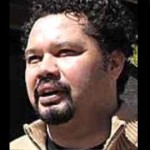 The resort has been closed for the last 10 years.

According to a press release, unpaid tax issues like what happened in South Lake Tahoe will never be an issue again. “I suffered very deeply and I truly learned from that mistake,” Smith said in a statement.

Like in Tahoe where he helped create “The Block” reality show, he plans to do something similar in Michigan beginning with an employee boot camp reality show in July 2014.