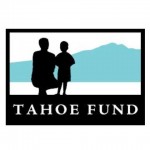 • With the more than $300,000 raised at the Tahoe Fund’s annual Founders Circle dinner this month, the nonprofit has exceeded its $1 million goal for the first major donor campaign called the Founders Circle.

• Cal fans can find some nostalgia at the upper bar at Chambers Landing on the West Shore where there are seats from the demolished UC Berkeley stadium.

• The Jerry Tindell equestrian clinic at Tahoe Donner in September has been canceled.

• The 9th annual Mutt Strut Poker Run is Oct. 13 in South Lake Tahoe. The event is put on by and benefits Animal Coalition of Tahoe.

• September is National Library Card Sign-up Month. Anyone who visits the South Lake Tahoe library during September to use their library card or sign-up for a new one will be entered into a drawing for great prizes.