El Dorado County no longer has a grand jury.

Steve Bailey, the Superior Court judge who oversees the volunteer board, signed a court order Feb. 22 dissolving this year’s jury. The document says the reason is because the grand jury numbers dropped below the minimum of 12 and “that due to the lateness of the year, alternate jurors cannot be sworn in and trained and thereafter conduct meaningful investigations before the statutory discharge of the jury in June 2013 ….” 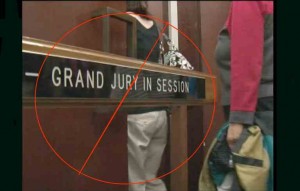 Bailey is out of town this week at a conference and could not be reached.

He oversees the grand jury that looks into county matters, even though he is married into a politically charged family with deep roots on the West Slope.

There had been 19 active grand jury members, with 14 of them resigning this year.

Sources close to the situation told Lake Tahoe News one member of the grand jury was regularly meeting with former El Dorado County Supervisor Jack Sweeney to tell him what the grand jury was doing. This violates state Penal Code.

That individual essentially became a poison pill within the group, creating distrust and disharmony, and prevented others from doing the job they were tasked with.

Sweeney is good friends with Supervisor Ron Briggs. On Dec. 18, 2012, John Briggs, father of the supervisor, was before the Board of Supervisors representing the Briggs Family Trust. On a 4-0 vote, with Supervisor Briggs recusing himself, the others agreed to purchase 5.2 acres from the trust on which a future courthouse is likely to be built.

Judge Bailey is the brother-in-law of the supervisor and son-in-law to the elder Briggs. And it is Bailey who watches over the grand jury, which looks into county matters, of which his in-laws are intricately involved in.

Judges receive regular training on ethics and are charged with determining whether a matter they are assigned creates an impermissible conflict of interest per the Code of Civil Procedure.

Ray Van Asten, who was foreman of the 2012-13 grand jury, told Lake Tahoe News he is one of the jurors who quit. But he would neither say why, nor talk about what led to others quitting.

“We are unable to say what happens inside the jury room,” Van Asten said.

It is not known what the grand jury was investigating.

“What they are looking at or not is not something I could talk about if I knew,” Suzanne Kingsbury, presiding judge of the El Dorado County Superior Court, told Lake Tahoe News.

She said in the 28 years she has lived in the county (she has been on the bench 17 of those years) she does not know of a time when a grand jury was discharged midterm.

“The purpose of the civil grand jury is to act as a public watchdog and examine the operations of cities, counties and special districts. I think that the role of the grand jury in our state is a critical one,” Kingsbury said.

Even so, there will be no grand jury report in June. It is possible that whatever this term’s jury was investigating could be taken up by the next grand jury that is seated.

Previous post : People should be treated as well as dogs Next_post : Always yield to emergency vehicles