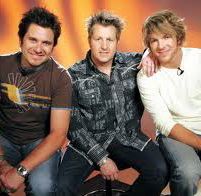 The group is the first to be booked for the 2013 Lake Tahoe Summer Concert Series at Harveys Outdoor Arena. Rascal Flatts performed at the Stateline venue in 2010.

Opening on July 19 will be The Band Perry. This group opened for Brad Paisley in 2012.

The concert is at 7pm.

Tickets go on sale Jan. 25 at 10am through TicketMaster.