When the Fallen Leaf Lake Community Services District board meets Sept. 1, the settlement agreement with former General Manager Tom Barnes is expected to be ratified.

Barnes had sued the district for wrongful termination after being fired in 2010. He had asked for unpaid leave while he received treatment for cancer. He was denied that request and subsequently fired. 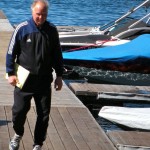 “All I can say is that the civil action was settled and because of the settlement there cannot be any appeal. The district has insurance that will pay the settlement and at this time, prior to the board meeting scheduled to approve the settlement, it is premature to comment,” Tom Bacchetti, president of the Fallen Leaf Lake board told Lake Tahoe News.

Jacqueline Mittelstadt, Barnes’ attorney, declined to comment and said her client did not want to comment either.