THOUSAND OAKS — When new redistricting maps changed the boundaries of this Congressional district to give Democrats a slight edge for the first time in decades, party loyalists were elated. 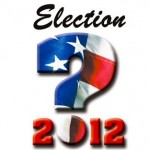 But now it seems possible that come November there will not even be a Democrat on the ballot. On Tuesday, for the first time, California voters will participate in a nonpartisan primary. Instead of the top candidate from each party advancing to the general election, the two candidates with the most votes will be placed on the November ballot, regardless of party affiliation.

This year will be the first test of a new kind of election aimed at breaking the partisan gridlock that has seized Congress and state legislatures all over the country. When the change was presented to California voters by a ballot initiative in 2010, advocates said it would usher in a new era that embraced politicians who would be more pragmatic than ideological.

“The elected officials in Sacramento are often on the far left and far right and certainly not reflective of the majority of people in the state,” said Aaron McLear, who worked on the change as an aide to Arnold Schwarzenegger, then the governor, and is now a political consultant. “What we wanted is a lot more candidates coming in even if they are not anointed by the party. It may take a few cycles to manifest itself, but you will have wild cards who can make some real change in the Capitol.”

How the changes will play out on Election Day is still unclear. Much will depend on how many people vote and who those voters are. Many analysts expect that turnout will continue to be low and will largely consist of the party faithful, so it remains to be seen whether candidates who get the voters to the polls are simply the most partisan of the pack.