Those of us who are old enough to remember Nov. 22, 1963, have indelibly etched into their memory exactly what they were doing at the precise moment they heard the news of President John F. Kennedy’s assassination. For me, it was just as a classroom movie had finished when I was in the sixth grade. As one grows older, other events are added to that list; wedding days, the birth of children, and the passing of loved ones. On Sept. 11, 2001, another memory was added to the list, as it was to all Americans but, a little too close for comfort for me.

Tuesday, Sept. 11, 2001, I was in Washington, D.C., with South Tahoe Public Utility District Director Duane Wallace seeking congressional support and funding for district infrastructure-related projects. We had a 9am meeting with Rep. John Doolittle in the Rayburn House Office Building not far the Capitol building and I had ducked into the Starbuck’s in the hotel lobby to grab a cup of coffee for the taxi ride. I glanced up at the television and heard that “a plane had crashed into the World Trade Center,” however the news commentator was speculating that it was likely a private aircraft, as there had been several near misses over the years.

As I met Duane in front of the hotel to catch a cab, I mentioned the news report and Duane said he heard the same report as he was leaving his hotel room. Since it sounded like it might well have been a private plane, we began to go over the points we wanted to make with Congressman Doolittle in our upcoming meeting. I also confirmed that I had been able to locate a couple of tickets to the Baltimore Orioles game Wednesday night to see Cal Ripkin play in one of his last home games before he retired, and what a stroke of luck that was. We were scheduled to fly out of Baltimore-Washington International on Sept. 13 and a ball game would be a great way to spend the last evening in the Washington, D.C., area. I had no idea how my plans would change.

As we entered the congressman’s office, all eyes were on CNN as at approximately 8:46am Flight 11 had crashed into the North Tower and, at 9:02am, Flight 175 plowed into the South Tower. It soon became obvious that this was not accidental and America was under attack. Very quickly things became chaotic in the office with alarms beginning to sound throughout the building. Within minutes, U.S. marshals and Capitol police armed with automatic weapons entered the office and took Congressman Doolittle to a secure location. We were left standing in the office entry with a bunch of staffers all trying to figure out what the next move should be. As the marshals were leaving, we asked, “What about us?” They responded, “You’re on your own, but I would suggest getting out of the building.”

Running down the well-worn granite stairs to the street we heard others talk of one, maybe more, airplanes that were inbound to either the Capitol or the White House. We ran out onto the Capitol Mall and looked back fully expecting a plane to fly into the rotunda of the Capitol. We later learned that the brave folks on Flight 93 gave their lives and prevented that from happening. As we were moving away from the Capitol we heard a large explosion followed by several smaller ones. We would later find out the large explosion was Flight 77 slamming into the Pentagon and the smaller explosions were fighter aircraft from Langley Field in Virginia breaking the sound barrier as they began to patrol the skies over Washington, D.C., for any additional inbound aircraft. 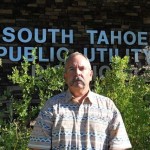 Amid a chaotic gridlock of everyone that could leave the town and those who were trying to make their way back to their hotel rooms, we joined the exodus and made our way back to our hotel. As we walked to the hotel, sharpshooters began to emerge on the rooftops of the federal buildings – pretty spooky. Cell phones were useless on the walk back, but I was able to reach my wife, Kathy, when I got back to the hotel on a landline and let her know that I was all right. It was hard to believe all this had transpired within about 45 minutes.

Like many other Americans, we spent the next six days watching the news and trying to make some sense out of a senseless act. We took a cab to as close as we could get to the Pentagon, and walked the rest of the way to see the damage. It was a sad and depressing sight knowing how many lives had been lost.

We tried a number of different avenues to return home as airline flights were out of the question. We called car rental agencies and Amtrak, all to no avail. We even contemplated renting an RV and heading west. Finally, on Sept. 16, since we had our original return reservations, we were given priority when commercial airline flights finally resumed. Our return flight included more than seven different legs crisscrossing the nation and ultimately taking nearly 18 hours. Seeing the lights of Tahoe when returning from Reno at night is always a welcome sight, but never any better than the return home from this trip.