When you’re young, you have a peculiar way of gauging things. Some children worry about a new school because of the size or shape of a fence, or from the look of their teacher. Others might sense alarm if their dinner is overcooked or negated altogether.

Although these signals are dubious, they grant closure. They help you reduce dimensions, to understand the world around you and momentarily fend off its opacity.

For me, I always judged how the day would unfold by who woke me up in the morning.

My mother was the norm; she would sit beside me and rub my back, speaking softly until I woke up. This meant today would be the new yesterday — everything is as it should be.

Being woken up by my father was a different story. He favored yanking the sheets off quickly and shouting “Morning!” relying on the startle to wake me up. This occurred less often and indicated that I had an appointment or errand to run before school. The day would be slightly different, more unpredictable.

On the morning of Sept. 11, 2001, both parents were in my room. But, unlike the other days, neither one made an effort to disrupt my sleep. I awoke to find their backs facing me on the foot of my bed, my bedroom light still off. They were just sitting there, motionless, with their eyes glued to the burning building framed within the 12-inch TV screen.

I couldn’t ask what was happening before a second plane answered my question.

I wish I could say time stood still at that point, but the opposite happened. The TV was turned off and I was told to go downstairs for breakfast. My mom, with her nurturing disposition, consoled me throughout my bowl of cereal. She told me she’d take me to school and that everything would be all right. Don’t worry, she repeated. Everything is fine.

But I already knew that wasn’t the case. I woke up myself, with both of my well-being signifiers entranced in front of me. 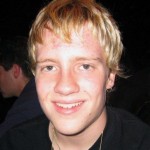 Ask any teenager what it’s been like since 9/11, and you’ll probably get a descriptive before/after binary. Before, schooldays seemed shorter. Lunch tasted better and the air was less stagnant. Teachers would watch their students from afar, reclined against the school wall and talking among themselves.

Sept. 11 was a lost day. No one wanted to do anything, so everyone sat together and watched the TV or listened to the radio. Every 50 minutes, a bell rang — a signal for everyone to get up and go somewhere else to do more of the same.

The most memorable class that day was physical science. My teacher had a close friend who worked in the World Trade Center. She stopped class repeatedly to answer her phone, exchanging calls with her friend’s wife. She cried uncontrollably in front of us when her friend called and said he was alive. 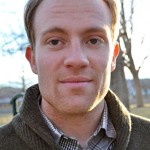 Stephen Ward has lived with the aftermath of 9/11 most of his life.

From Sept. 12 onward, teachers were falconine. They stayed on the field with students during every break from class, constantly surveying the grounds. They were sentient guard towers, armed with whistles and neurosis.

I was 13 years old living in Las Vegas when the terrorist attacks transpired. According to the major news channels, my region was a potential target. Some of the hijackers met in strip clubs and casinos in Las Vegas before carrying out the attacks. Security cameras showed the perpetrators sauntering through casino floors, detached from reality with the blue, grainy haze of the recording. Like the world they left behind, they were a shadow of themselves.

I wish I could say social profiling didn’t seep into the schoolyard, but it did. Among the many topics discussed back then were sleeper cells, especially in our area. Teachers kept close watch of the Muslim students. Children with darker skin were supervised by multiple hall guards. We stopped getting the occasional hug from our teachers when we left class.

The “us versus them” mentality the nation’s leader adopted divided what was once a unified generation. By reducing dimensions, by trying to better understand the world around us, and our place in it, my peers adopted a new breed of hostility.

It carried into high school. By my sophomore year, the war against terrorism was in full motion. Many students were bloated with chauvinism. The common resolution in history and government classes was to turn the Middle East into a parking lot. This was met with overwhelming approval.

Not every teacher promoted xenophobia. My sophomore English teacher showed us documentaries about war, social unrest and the conspiracy theories surrounding the attacks. His mantra was on expanding our perspective, not polarizing our paranoia.

During the last 10 years, I’ve had quite a bit of time to reflect on what happened and, consequentially, what it means. The world I live in now is a product of an unpredictable event, one that lasted for a few hours and shifted the social axis of everyone around me. To grow up during the post-9/11 era is to grow up with a broken perception of safety, trust and acceptance.

Still, I’m convinced my English teacher had it right. Resilience is tangible, so long as my generation seeks information and awareness rather than rhetoric and scare tactics.

Nowadays, I spend more energy gauging my reaction rather than the events themselves.

Stephen Ward is a student at UNR interning for Lake Tahoe News.