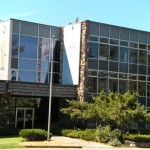 Nineteen out of 33 people who work in South Lake Tahoe for El Dorado County Department of Human Services were told that by the end of September they will be working in the Placerville office.

Most work out of the two buildings on Silver Dollar Avenue the county leases. The county gave the landlord notice it would be severing the agreement at the end of this month.

“We are trying to keep as many people in Tahoe as we possibly can,” county Supervisor Norma Santiago said.

She said the continued budget crunch is forcing consolidation of offices. The county could save a half million a year with these changes.

Santiago also stressed that the goal is to keep people employed even if it means on the West Slope. A commuter bus, possibly BlueGo, is being talked about as a way to lessen the burden of commuting over the hill. Some Tahoe-based employees are already driving from the Carson Valley and farther.

The county owns the building at Takela Drive and Highway 50, which is in the process of being revamped so it can accommodate more people. One of the problems is the basement is not ADA accessible, so it is wasted space.

Another issue the county must contend with is deciphering what the governor’s pen stroke to slash CalWorks means. When Gov. Arnold Schwarzenegger signed the state budget he wiped out $80 million from Human Services that legislators had wanted.

The county is talking with partner agencies to see if office space if available.

The county’s Mental Health Commission has a public hearing this month to gather input on the El Dorado County Mental Health, 2009-10 Community Services and Support portion of its Mental Health Services Act Plan. Copies of the draft plan are at www.edcgov.us/mentalhealth.