Caltrans: Hwy. 50 to be closed indefinitely 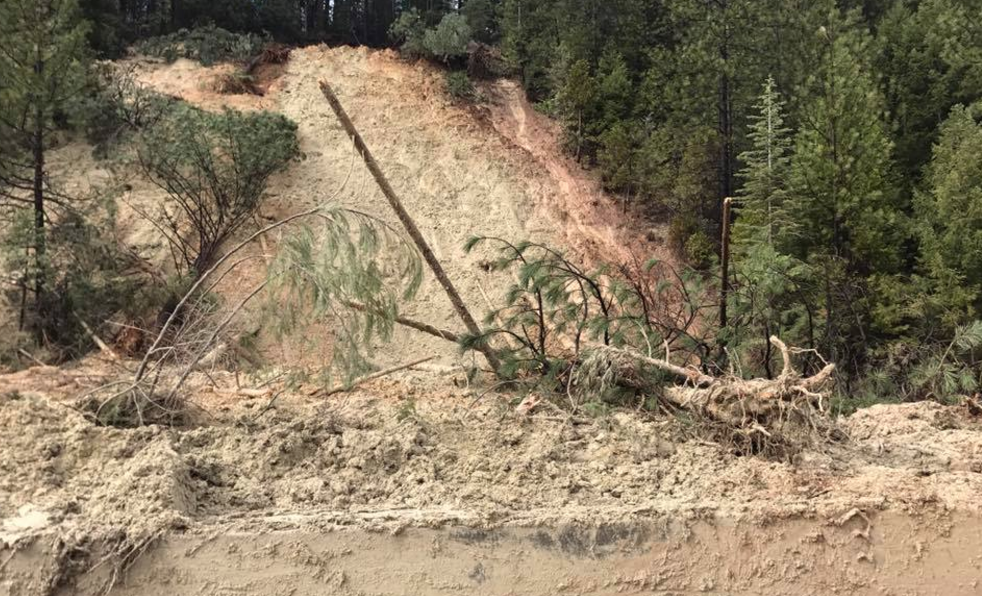 Highway 50 in the Kyburz area will remain closed indefinitely due to multiple mudslides.

This means the main route between the South Shore and Placerville is off limits at least as a thoroughfare. It is possible to access some points along the route from each direction. For example, Sierra-at-Tahoe is open.

Crews are working on three significant slides in a 12-mile area along the American River Canyon, along with other minor slides.

Highway 50 was closed for four weeks in January 1997 for what was called the Mill Creek landslide. That year 350,000 cubic yards of debris were removed at a cost of $4.5 million, according to Caltrans.

There is still no time for when Highway 50 in Nevada will open either.

Highway 50 linking Tahoe and Placerville will not be opening on Sunday, nor will motorists be able to use Highway 50 in Nevada to get from the South Shore to Carson City any time soon.

Neither Caltrans nor NDOT have an estimate when the highways will open. Both transportation departments said it is too dangerous to have people driving through the area. And in California, it’s just impossible to do so because of all the debris crossing all lanes.

“It is constantly moving with water moving through the mountains,” Deanna Shoopman with Caltrans told Lake Tahoe News. It is literally a fluid situation.

Highway crews had hoped to open the roadway this evening, but that is not happening because is it not safe. What is being called a tall slide, as opposed to wide, fell near Whitehall. This is in addition to the major slide that fell Friday and shutdown this main artery between the South Shore and points west.

Shoopman said the hill an engineer was standing on Saturday to observe the situation is gone today.

“It’s crazy how many waterfalls there are; there are waterfall I’ve never seen,” one Meyers resident who drove through 50 to Sonoma County on Friday said. She will be able to get back using Highway 88 via Kirkwood, though there could be delays with avalanche control in the Carson Spur area.

Interstate 80 westbound from state line to Truckee is down to one lane because of a mudslide. It is estimated to open Feb. 13 at 10am.

Highway 395 is open in both directions.

Boulders in the road and an unstable hillside have shut down the Nevada part of Highway 50 at Logan Creek since Feb. 8.

“It all depends on Mother Nature, if it dries out,” Meg Ragonese with the Nevada Department of Transportation told Lake Tahoe News in regards to opening that stretch of road. For now the hillside is too soaked to be able to stabilize it.

In all of the slides in the region there has one been one vehicle reported to be damaged. That was near Pollock Pines and Ice House Road where the initial large slide was on 50. The Jeep had been pinned against a tree, which prevented it from rolling into the American River. The occupants were able to get out safely and without injury.

The weather forecast is for it to be dry in the greater Lake Tahoe-Truckee area until Wednesday night, when rain is expected to start falling – again.