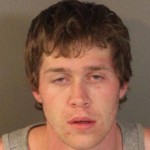 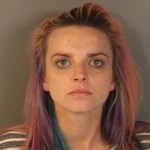 One night the couple was sleeping at the Ritz Carlton Lake Tahoe and the next they were in a jail cell.

Jason Paul Bourquin, 24, of Washington, and Natasha Newlun, 26, of Alaska were allegedly making fake credit cards in their hotel room.

Placer County sheriff’s deputies said once the hotel discovered what was going on they locked the couple out. When the couple returned to their room July 28 and couldn’t enter, they went to the front lobby to obtain a new key card. As deputies arrived, Bourquin ran into the woods near the Truckee hotel. He was apprehended that night not far from the hotel. Bourquin was a fugitive from Washington wanted on an escape charge.

They are both being charged with possession of stolen property, making credit cards, identity theft, defrauding an innkeeper, conspiracy, possession of a controlled substance, and theft of an access card. Bourquin was also charged with resisting arrest.