The proposed bill has passed the California Assembly and is headed for the Senate Rules Committee, with the blessings of Gov. Jerry Brown. The proposed law, which is expected to pass easily this week, was crafted in part by a union official who is now under indictment and partly by the police. Patients are terrified of the proposed new law and see it as a crack down on patients and their doctors. 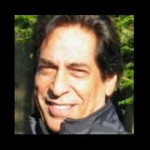 I’m getting calls from frightened patients who fear their own state government is planning on going after cannabis doctors as if they are some sort of dangerous threat that must be carefully supervised. Sick people cannot handle this kind of stress. Thousands of patients will die because of this mean spirited attempt to thwart the will of the people and deprive them of medical cannabis and the doctors who write recommendations to use the healing herb.

David Allen, a retired heart surgeon and expert on cannabinoid medicine, warns against the passage of the new Medical Marijuana Regulation and Safety Act. According to Allen, the proposed law “will create more crimes of cultivation, processing, storage, transportation, sales, and possession. It will create an army of bureaucrats that will increase the police state and create super drug task force solely for Cannabis and no other drug,”

“THE PEOPLE OF THE STATE OF CALIFORNIA DO ENACT AS FOLLOWS: This act shall be known, and may be cited, as the Medical Marijuana Regulation and Safety Act. SEC. 1. Section 2220.05 of the Business and Professions Code is amended to read: 2220.05. (a) In order to ensure that its resources are maximized for the protection of the public, the Medical Board of California shall prioritize its investigative and prosecutorial resources to ensure that physicians and surgeons representing the greatest threat of harm are identified and disciplined expeditiously.”

Our medical marijuana doctors are heroes, not criminals and this proposed new law is a disgrace.