Lakeview Commons is described as a success beyond anyone’s imagination. But it’s not a moneymaker. Not yet, any way.

Most events take a few years before they operate in the black. But the city of South Lake Tahoe can’t be in the business of subsidizing businesses. That would be called a gift of public funds.

Last year the music and standup paddleboard vendors were able to operate at Lakeview Commons for free. No other city owned venue allows private businesses to operate without paying a rental fee. 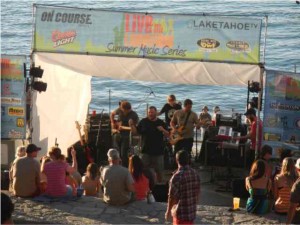 While the events brought locals and tourists to the waterfront location, the city lost money by having to provide personnel for upkeep to the area. That was unbudgeted money.

On Tuesday, the council had before it an item that would have set guidelines for renting Lakeview Commons. Instead of acting as the policymakers they were elected to be, they put off making a decision until the March 19 meeting.

“We received a lot of input. We cannot write a policy that favors one business or person over another,” City Manager Nancy Kerry said at the Feb. 19 meeting. “My job is to protect the city.”

Rob Giustina, who owns On Course Events and put on the free Thursday night Live at Lakeview concerts, said he lost $30,000 in 2012. Chris Brackett with South Tahoe Standup Paddle, said he operated the Wednesday night races in the red — $18,700.

Both men agreed a fee is reasonable. What they take issue with is the proposed amount — $500 to $1,000 each day/night. The range depends on the day of the week and the number of people expected. It’s estimated these events might just need to pay the half-day rental price of $325. However, Giustina mentioned how he needs time for set up and clean up, so he could be tying up the site the better part of the day. How this would affect an event going on at the site earlier in day was not discussed.

The staff report says, “Fees are calculated based on cost of maintaining the facility as a result of events during the inaugural season 2012. Rates are reduced by 35 percent of midweek rental. Private parties or weddings will be charged hourly per approved master fee schedule.”

One of Giustina’s biggest issues was the proposal to not close Lakeview Avenue to vehicle traffic. He said his insurance rates would skyrocket without that provision.

Brackett said his projection for this summer is that the standup paddle races will again be a money-losing event.

“In the future we see it as being sustainable,” he told the council.

What he said the city is not taking into consideration is how the races bring in money to the whole town because it’s not just locals participating. Plus the Race the Lake of the Sky event in June has attracted international attention for South Lake Tahoe. Brackett said his events brought in $26,000 in hotel taxes for the city last year.

Also at the March 19 meeting the council is expected to award the concessionaire contract for Lakeview Commons as well as Regan Beach and Bijou Community Park. Those entities operate seasonally and pay the city a percentage of gross revenue.

This differs from the standup paddle and concerts that at least in 2012 didn’t directly pay the city a dime, but had free access to put on events at a $6 million taxpayer funded venue.