South Lake Tahoe’s recreation facilities are old and need to be overhauled.

That was the message delivered at this month’s City Council meeting by Stan Sherer, community services director.

When asked if the ball fields or rec center should be the priority, he told the council the 37-year-old recreation center needs attention first. 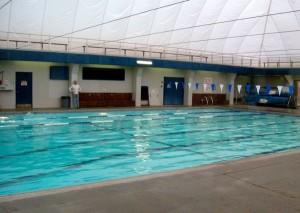 In his staff report, Sherer wrote, “The major items that need to be addressed include: The locker rooms need to be remodeled, the weight room needs to be expanded and new equipment needs to be purchased. It could be an asset to the efforts to attract high altitude training camps. The gym floor needs to be replaced.”

Those in the tourism sector beating the recreation drum as a reason to visit the South Shore don’t seem to have looked at all the facilities to know that what tourists are likely to find are in many ways substandard entities from what they are used to.

In his report to the council, Sherer said he would like to see, “A multiuse athletic complex that could host large athletic events at one location (to) enhance our ability to secure future events. When coupled with the attraction of our natural environment and the other recreation opportunities in the area, the complex would become a regional-national draw for athletic tournaments and special events. Obviously, the complex would also enhance the recreational opportunities for our local community.”

Sherer predicts the community ball field by Lake Tahoe Community College will need to be replaced in two years. That field was dedicated June 23, 2005.

Steve Weiss, former director of the city’s parks department and current member of the Measure R ball fields committee, said at the committee meeting last week that the seams coming up at that field are a result of how much action the artificial turf is subjected to.

Sherer said part of the problem with the seams is they were never properly glued. The manufacturer was out of business two years after it was put in.

That field has endured an unusual amount of scrutiny in the last few months because it is where the three-day SnowGlobe music festival was staged and people believe that contributed to the degradation of the field.

Recreation officials say otherwise – that the lifespan of the field is nearing its natural end.

While Weiss said he was at the field April 19 when a truckload of debris was sucked out of the carpet, Sherer told the council this is the first time the field has had such a cleaning since it was laid down.

Weiss also said, “I would deem it a playable field.”

From Measure S/R the city receives $50,000 to maintain that field and will continue to until the bond expires in 2030.

Each year the three jurisdictions that are part of the recreation bond report their Measure S/R expenditures to the oversight board. In July 2011, when the last report was made, it was noted the city had received $300,000 for the field, of which $162,059.11 had been spent.

It’s possible those remaining funds would go toward replacement costs.

According to John Upton, staff member for the recreation JPA, “The original bond had not been sufficient to construct the restroom/concession building at the site. In addition, the JPA has disbursed $202,500 to the city for that purpose, of which $187,484.99 had been spent.”

Any revenues generated from that field go into the city’s coffers.

Sherer and Upton were on that email. Upton deferred to Sherer because the JPA has nothing to do with revenue from the field. Sherer never responded.

The city will see some new revenue this summer from various contracts it will have with vendors that didn’t exist before. StandUp Paddle will rent equipment and store non-motorized watercraft at Lakeview Commons.

A food vendor is being sought for Regan Beach and Lakeview Commons, the latter being a new revenue stream.

In the last year with budget cuts, the rec department has lost five of its six staff members. To keep services going partnerships have been formed.

“Our goal is to create partnerships in an effort to avoid duplication of services provide by local agencies and identify new programming opportunities to increase the diversity in what is offered,” Sherer wrote in the staff report.