Only in his fourth year competing in skier cross, South Lake Tahoe native Trevor Ricioli is headed for the X Games later this month.

“I grew up racing motocross. This is the most similar thing to it on snow,” Ricioli told Lake Tahoe News. “There are times when it’s scary, but that’s what makes it fun.” 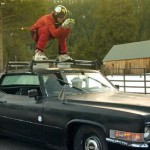 The 25-year-old has been skiing since he was 5, mostly at Sierra-at-Tahoe. He is competing now for Sugar Bowl – home resort of Olympian Daron Rahlves.

“I’ve skied a few time with Daron. He is a busy guy,” Ricioli said.

Most of Ricioli’s training is with Errol Kerr, who skied in the Vancouver Olympics last year for Jamaica. He placed ninth in skier cross. Ricioli was in Canada last January to watch his friend.

The friends trade off between Sugar Bowl and Kerr’s home resort of Alpine Meadows. This week they are concentrating on giant slalom training so they are ready for the turns.

In the terrain parks is where they practice going over jumps side-by-side.

Skier cross is all about a group of athletes headed down the hill at the same time going fast, flying over jumps and rounding corners – a race against man and clock.

Although the Jan. 27-30 competition in Aspen will be the biggest stage Ricioli will have been on, he is a top contender in his sport. He has been crowned national champion in skier cross the last three years.

Last fall he was in Australia competing in the Continental Cup where he placed fifth. 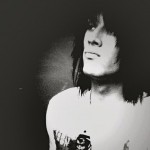 Over the holidays he got word via telephone the X Games committee was inviting him to the competition.

“Part of me is nervous, but I’ve wanted to ski in the X Games since I was little. I’ve been wanting this and waiting for this,” the 2004 South Tahoe High School grad said.

He’s been getting advice about this level of competition from Kerr as well as fellow South Lake Tahoe resident Shaun Palmer, another friend. Palmer is a veteran snowboarder.

One of the things Ricioli likes is traveling. He hopes in 2014 his passport has a Russian stamp in it – meaning he’s on the Olympic team.

“My focus is to get a lot of FIS (International Ski Federation) points so when the U.S. team is formed, I get on it,” Ricioli said.

He is also concentrating on getting sponsors so he has money to travel to events that will get him to the next level.

Ricioli expects skiing will always be part of his life – but what lies beyond the slopes remains uncertain. He has dabbled in several things. He’s into photography and fashion, having started the Donovan Smyth Clothing company out of high school. Ricioli, his mom and sister opened the Donovan Denim Bar after that, which closed after a couple years because of the sour economy.

He recently started an electronic band called Thunderwolf with his friend Austin Ellis.

The qualifying round for skier cross at the X Games is Jan. 28, with the competition Jan. 30. Here is the ESPN TV schedule.

“I really want to bring some hardware to South Lake Tahoe,” Ricioli said.